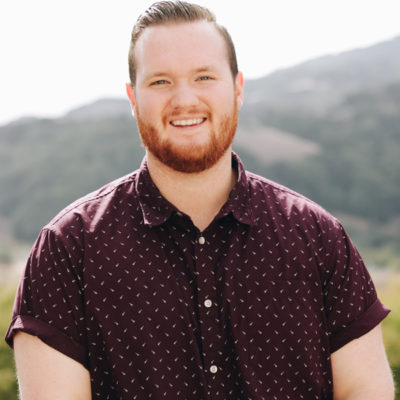 So many times I find myself in seasons where I feel like such an outsider. Stuck inside of my mind with no one to share the pain and struggles of this life with. Thoughts that corrode my identity, my dreams, and even my purpose. Responsibilities that seem to outnumber the stars. Every stress isolating me into a corner with the weight of the world bearing down on my shoulders. It wasn’t always this way.

The majority of my life growing up in Missouri I always had close relationships between my family, church family, and my friends at school. Spending time with people was the most creative hobby I had. In all reality, it was the only thing I had. When you grow up in a town that has a population of 8,000 people you quickly realize that the relationships that you build become your greatest treasure.

They say, “You don’t know what you’ve got until it’s gone.” Fast track to my senior year of High School. My mom had been fighting a two year battle of stage four cancer. One day I found myself by her bedside as we were watching one of her favorite movies, “Madea Goes to Jail.” If you’ve ever seen that movie than you know why it was one of her favorites. She was so sick at this point in time. I had noticed that she didn’t look very well this particular day. So I decided to worship the Lord and quietly sing songs of healing over her as she was resting. Little did I know that this would be the last day I would get to spend with my sweet momma here on earth. As I watched her take her last breath tears filled my eyes. Reality sunk deep into my chest that my best friend was no longer by my side. The question, “God, why…” saturated my every thought. I prayed, “She was everything to me. My greatest cheer-leader, sounding board, my shoulder to cry on. Everything. Why would you take my mom away from me?” For the first time in my life i felt alone.

Over the coarse of eight months I buried that sense of loneliness by putting my full attention on trying to run away from it. College was on the horizon and nothing was going to keep me from making my dream a reality. I found myself on a plane for the first time in my life heading to Sydney, Australia to continue my studies at Hillsong International Leadership College. I thought going to a new place, meeting new people, and focusing on becoming a great song writer and worship leader would take care of all the pain I was feeling deep down inside. It wasn’t long before the grief of my mother’s passing hit me with an unbelievable force. I soon realized that everything that gave me security was gone. Away from my home, my friends, my family, and everything that my identity was wrapped up in was thousands of miles away. The desert season began.

I was submersed with plenty of young people at college who were striving for similar goals. Sadly, I still struggled to find any relationship that offered more than surface level conversation. It felt like everyone else around me was making real connections and finding true friendships but me. I thought, “I’ve never felt so alone! God, where are you in the midst of all of this sadness and grief?” It wasn’t but two months into my college experience where I started to feel some abnormal soreness in my throat. I thought to myself, “It’s just a chest cold or something. Im sure it will pass soon.” Days became weeks. Weeks became months. The pain progressed to the point that there were days were I had to go on complete vocal rest. No talking. No singing. The pain was so unbearable. My every moment was filled with questions like, “God, can you even heal me like your word says you can? Is everything that I’ve read about you a lie? Why would you lead me to leave everything that I have ever loved to come all the way to Australia to pursue a dream that you have allowed to be taken away from me?” Obviously, now I look back on that and think, “Wow, I was such a child in the way I handled that season of my life.” But even in that hard season, God was building a strong foundation for me to stand on in my walk of faith in Jesus Christ. Little did I know that God was going to catapult me into the most radical season of my life.

After not having my voice for over a year and a half and grieving over the loss of my mom God brought me to a place in our relationship where I was asked the question, “Chris, would you still love me and serve me with all of your heart if you never had a chance to sing again. Would you still give me your whole life if I asked you to let this dream die?” I wrestled with this question for many day’s until I stumbled across this passage in the book of Genesis where Abraham was tested by God.

“Some time later God tested Abraham. He said to him, ‘Abraham!’

Then God said, ‘Take your son, your only son, whom you love—Isaac—and go to the region of Moriah. Sacrifice him there as a burnt offering on a mountain I will show you.’

Early the next morning Abraham got up and loaded his donkey. He took with him two of his servants and his son Isaac.

…When they reached the place God had told him about, Abraham built an altar there and arranged the wood on it. He bound his son Isaac and laid him on the altar, on top of the wood. Then he reached out his hand and took the knife to slay his son. But the angel of the Lord called out to him from heaven, ‘Abraham! Abraham!’

‘Do not lay a hand on the boy,’ he said. ‘Do not do anything to him. Now I know that you fear God, because you have not withheld from me your son, your only son.’

…The angel of the Lord called to Abraham from heaven a second time and said, ‘I swear by myself, declares the Lord, that because you have done this and have not withheld your son, your only son, I will surely bless you and make your descendants as numerous as the stars in the sky and as the sand on the seashore. Your descendants will take possession of the cities of their enemies, and through your offspring all nations on earth will be blessed, because you have obeyed me.’

I was shocked. I thought, “God is testing me just like he tested Abraham.” My eyes were finally opened to this reality that we all have to come to a point in our lives where we are willing to let something die so that God can trust us with something that is more than we could ever imagine. In one simple prayer I said to God, “Lord, you can have my whole life! Every part of my being! It is all yours! Even if i never get to sing again I know that your plans and purposes are far greater for my life than anything I could ever try to conjure up on my own. Jesus, I lay down this gift that you have given me to sing to be sacrificed on your alter of grace. I trust you.”

Within weeks my voice started to slowly feel better. I thought to myself, “I’m not going to get my hopes up. I’m just going to continue to be faithful with what the Lord has put in my hands and trust that He will take care of the rest.” Little did I know that in six months God would elevate me to be standing on stage with some of the worlds greatest song writers and worship leaders that walk this planet. I went from cleaning toilets at church to being considered a Worship Leader at Hillsong. For the next year and a half I would be given the honor to be trained by what would be considered as the best of the best in the Christian Music Industry. All glory to God!

In that time I met the love of my life and made her my beautiful bride. Sara and I have been on such an incredible adventure in the two years of our marriage. God has truly blessed us far beyond our wildest dreams. I look back to that lonely season of my life and I thank God that He sent Sara to be such an anchor for me when the waves of loneliness come storming back in from time to time.

They say that when you lose a loved one that grief comes in waves. But I think that In some ways the sense of loneliness that I believe every human being faces at some point or another is much like grief. I just so happened to experience both grief and loneliness at the same time. The thing that I have come to learn is that the waves will come and it is healthy to be honest with where you are at with what you are feeling. But my encouragement to every person that faces this is that God is closer than you know. God is for you and He is not against you. He always has your best interest at mind. I look back on that crazy season of life and I know that I needed to hit rock bottom so that I could always remind myself and others that there is an enemy who’s job is to kill, steal, and destroy your life. God rescued me from the pit of loneliness and He will do the same for you. If you are reading this and you say to yourself, “I am walking through that lonely season right now.” I encourage you to seek out a trusted friend or a pastor to walk with you through this season of your life. My prayer for every person who walks through the doors of Valley Christian is that they would know that they are loved, valued, and wanted. This is my story and you are “Not Alone.”