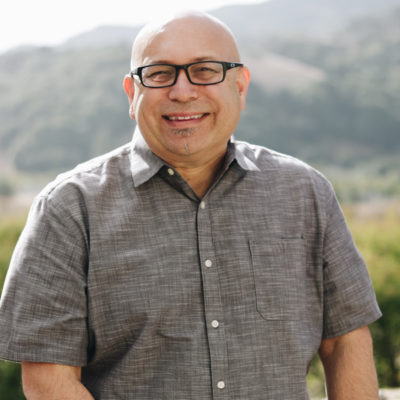 Have you ever been in a fight?

When I was in the 6th grade I found myself in the back alley at Junction Ave Middle School pressed up against the chain link fence by a bully. He was bigger than me, had more friends than me, and he obviously enjoyed picking on the “little guy.” I remember being taunted, then tossed to the ground as students around me laughed in approval. As I laid paralyzed with fear on the hard cement,  a clenched fist hit my stomach causing all the air in my body to exit in a painful rush. As the big kid crawled on top, every muscle in my body tensed up and I thought I was going to die.

Where were my friends? Where was the yard-duty lady?

In the distance, I could hear card-laced bicycle spokes coming quickly in our direction, and students began shuffling to the sides of the alley. It was then I heard the voice of an Angel. Not a heavenly angel, but an angel unto me none the less. “Get off him before I kick you in the head!” The bully refused until the order came again, “Get off him before I kick you in the head!!” This definitely wasn’t my homeroom teacher Mrs. Foss’ voice. As I looked up, I saw Johnny P., the toughest kid in the school and the only 13 year old in Livermore with a moustache. He wore a glowing pressed white t-shirt and khaki Ben Davidson pants, cruising a Schwinn Low Rider fitted with sissy bars and banana seat, which resembled a steel horse from the apocalypse. As he reached down and grabbed my stiffened hand, I wiped the snot from my nose and said “Thanks Johnny.”

As a 48 year old man, I remember this story as if it were yesterday. I can actually feel the emotions of fear, anger, and embarassment as I write. Although I have rarely been bullied in the physical as an adult, I know men and women that regularly are. People have confided in me that they have been bullied on the job by customers and bosses, spouses, family members, and even by complete strangers in the marketplace. Anyone who has been bullied can testify that it can be both terrifying and frustrating, at times bringing about severe feelings of hopelessness and depression.

But what is a Christian to do? I recently found this article which may be helpful to you or someone you know who is experiencing this shameful act. Credit goes to gotquestions.org

Question: “How should a Christian respond to bullying?”

Answer: Although we do not find the word bullying in the Bible, we do find the word brutish, a synonym of the brutal thuggery associated with thieves, assassins, and savage beasts (Psalm 49:10; Proverbs 12:1; Isaiah 19:11). The Hebrew and Greek words translated “brute” or “brutish” mean “stupid, foolish, and irrational, as cattle.” We can derive from this that those who bully are acting as cattle or other beasts incapable of rational thought. It is, unfortunately, not uncommon to see this type of abhorrent behavior in fallen man—even in the church—in both males and females throughout all life stages.

The Bible does not speak specifically about bullies or bullying, but there are many biblical principles that apply to the issue. First, it is important to understand what bullying is. A simple definition would be “using superior strength or power to intimidate people.” Bullies are those who prey on people they perceive as weaker and threaten them with harm, or actually harm them, in order to get their own way. Obviously, bullying is not godly. Christians are called to love others and to look out for those who are weaker, not to intimidate or manipulate people (James 1:27; 1 John 3:17–18; Galatians 6:9–10). It being evident that Christians should not be bullies, how should Christians respond to bullying?

Generally, there are two situations in which a Christian may need to respond to bullying: when he is the victim of bullying and when he is a witness to bullying. When being bullied, a right response might be turning the other cheek, or it might be self-defense. When Jesus spoke of “turning the other cheek” in Matthew 5:38–42, He taught us to refrain from retaliating to personal slights. The idea is not to return an insult with an insult. When someone verbally abuses us, we do not return his affront with insults of our own. When someone tries to assert his position of power to intimidate us or force us into a certain behavior, we can resist his manipulation without being manipulative in return. In short, bullying a bully is not biblical and, quite frankly, not useful. It is, however, advisable to report the bully to proper authorities. It is not wrong for a child in school to alert his teacher about bullies. It is not wrong for a person to report a con artist to the police. Such actions may help prevent the bully from harming others. Even when we do not retaliate on a personal level, we can still utilize social systems of justice.

In other cases, particularly if the bullying is physical, self-defense may be appropriate. The Bible does not advocate total pacifism. God’s instructions to Israel in Exodus 22 and Jesus’ instruction to His disciples to get a sword in Luke 22 are informative. Christians are to be loving and forgiving, but not permissive of evil.

When a Christian observes bullying, it may be appropriate to step in and help prevent the attack against the victim. Each situation will be different, and many times stepping in will add to the problem, but often it takes just one person to stand up on behalf of a weaker party in order to stop the bullying and prevent it in the future. Certainly, a Christian could talk with a victim of bullying after the incident and help the victim with any needs, including assistance in reporting the incident.

God’s wisdom is necessary in all instances of confronting bullying. Those who follow Christ have the Holy Spirit living within them. He helps us to understand God’s Word and can guide us and equip us to obey God in whatever situation we find ourselves.

We also need to consider our thoughts and attitudes toward bullies. It is easy to demonize bullies and think of them as hateful people. However, this is not a godly attitude. Every human being is born a sinner, and we all need salvation in Jesus (Romans 3:23; 6:23). At the very least, we should pray that the bully would have a change of heart and know God’s salvation (1 Timothy 2:1–4). Many times, though, bullies act the way they do out of their own hurt. Perhaps they were bullied in the past. Perhaps they feel insecure, and the only way they can feel acceptable to themselves is by belittling others. We can empathize with their hurt and extend God’s compassion, love, and grace to them while also maintaining solid boundaries to address their wrong behavior. Whether bullying is driven by past hurt or simply the sin nature, God is the one who can bring healing, restoration, and change. It is always appropriate to pray for both bullies and their victims. Similarly, when we are the victim of bullying, we can go to God with our hurt and seek His reassurance and healing.

Romans 12:17–21 says, “Do not repay anyone evil for evil. Be careful to do what is right in the eyes of everyone. If it is possible, as far as it depends on you, live at peace with everyone. Do not take revenge, my dear friends, but leave room for God’s wrath, for it is written: ‘It is mine to avenge; I will repay,’ says the Lord. On the contrary: ‘If your enemy is hungry, feed him; if he is thirsty, give him something to drink. In doing this, you will heap burning coals on his head.’ Do not be overcome by evil, but overcome evil with good.”

God has shown us incredible mercy. We should show this to others in the way we behave – by not bullying, by standing up to defend the weak, by being willing to forgive, by preventing bullying as best we can through appropriate social channels, and by praying for those who bully and who are bullied. The love and grace of God are enough to heal every wound.